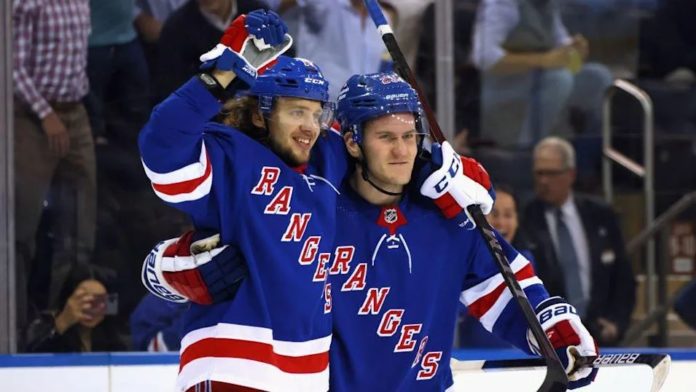 Are the New York Rangers done with their rebuild, and ready to contend? The Adam Fox contract extension provides the latest bit of evidence that, whether they’re true contenders or not, the Rangers are spending like one.

The Rangers confirmed that they signed reigning Norris Trophy winner Adam Fox to a seven-year extension. According to various reporters, including the New York Post’s Larry Brooks, the cap hit will be $9.5 million per season.

By itself, Adam Fox extension is a no-brainer for Rangers

During the 2022 offseason, prices went wild for top defensemen. Big deals weren’t just thrown around for clear top blueliners. Teams practically tore muscles stretching to pay up for defensemen they merely hoped would look like No. 1 blueliners. (Look at the hasty Seth Jones extension, and the trade cost to acquire him.)

Amid what sometimes resembled chaos, the Avalanche actually attained value for a genuine, young, No. 1 defenseman. Credit the relative value on RFA leverage, but either way, locking down 23-year-old Cale Makar for six years at a $9.M cap hit was a no-brainer for the Avs.

Apply the same logic to Adam Fox and the Rangers.

Like Makar, Fox is in the meat of his prime at 23. Both are rare defensemen whose best days might come after signing for $9M/$9.5M. Worries about the aging curve are muted, if they’re there at all.

Considering Fox still has this last cheap year left, the Rangers now have him locked down for his prime years. Honestly, the Rangers shouldn’t have even flinched at Adam Fox’s extension. Grunt at the Harvard connection or not, but Fox is truly a brilliant defenseman.