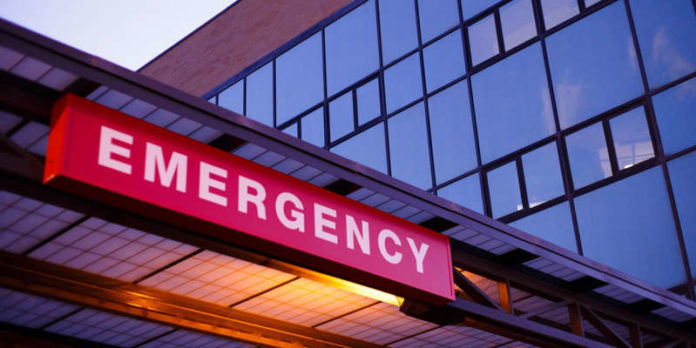 A Georgia woman spent seven hours waiting for emergency room staff to check out her head injury, and left before receiving any treatment. But the real headache began when the hospital billed her almost $700 for the visit a few weeks later.

“I didn’t get my vitals taken, nobody called my name. I wasn’t seen at all,” Taylor Davis told a local Fox affiliate.

She said that she went to Emory Decatur Hospital ER in July for a head injury, and waited as long as she could stand it. “I sat there for seven hours. There’s no way I should be sitting in an emergency room … for seven hours,” she said. So she went home. And was charged $688.35 for the ordeal.

Davis said she called the hospital after receiving the surprise medical bill, because she was convinced it was a mistake. But she says that she was told, “it’s hospital protocol even if you’re just walking in and you’re not seen. When you type in your Social [Security number], that’s it. You’re going to get charged regardless,” she said.

“I’m very reluctant to go to the hospital now.”

Fox 5 in Atlanta saw a copy of her past due notice for $688.35, as well as an email that she received from an Emory Healthcare patient financial services employee that read, “You get charged before you are seen. Not for being seen.”

Representatives from Emory Healthcare were not immediately available for comment. But Emory Healthcare sent the following statement to Fox 5 in Atlanta: “Emory Healthcare takes all patient concerns seriously and appreciates this has been brought to our attention. Our teams are currently looking into this matter and will follow up directly with the individual.”

Davis said this would probably prevent her from seeking medical attention in the future. “I’m very reluctant to go to the hospital now. That’s kind of like the last resort now. Seeing that they’re able to bill you for random things, it doesn’t make me want to go. So that’s not good,” she said.

The story, which published online over Halloween weekend, was soon the top post on Reddit’s homepage on Monday afternoon, drawing roughly 6,000 comments from people sharing their own surprise medical bill stories.

Indeed, Davis is not alone here. One in five Americans who undergo elective surgery get hit with unexpected out-of-network medical bills, according to a 2020 study of almost 350,000 people. And those suffering sticker shock ended up owing $2,011 more than they were expecting, on average. And nearly one in five families who delivered babies in 2019 may have gotten at least one surprise bill for the delivery and/or newborn hospitalization, with an average bill of $744, another study estimates.

Read more: 1 in 5 Americans get hit with a surprise medical bill after elective surgery — here’s how much they pay and how to avoid it

Earlier in the pandemic, men and women getting hit with surprise bills after getting treated for COVID-19 also made headlines. One survivor who spent six weeks in a Seattle ICU ran up a $1.1 million medical tab, although he was quite fortunate in that his insurance paid most of the bill. (If you’re curious, here’s how his $1,122,501.04 bill breaks down.)

But research shows that people making less than $35,000 a year have the most difficulty paying medical, dental or prescription drug bills.

Help could be on the way. Former President Donald Trump signed a federal rule requiring hospitals to publicly list the cost of many of their services in accessible, consumer-friendly language, which went into effect on Jan. 1, 2021. This includes X-rays, outpatient visits, imaging and laboratory tests, or bundled services such as a colonoscopy.

Read more: As of Jan. 1, hospitals must publicly list their prices — here’s what they won’t reveal

And President Joe Biden’s consumer protections against surprise medical bills, which includes being protected from unexpected charges if an out-of-network clinician takes part in a surgery or procedure conducted at an in-network hospital, is on track to take effect on Jan. 1, 2022.