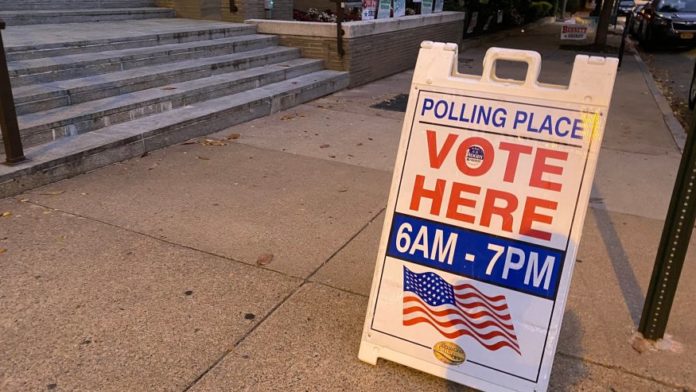 RICHMOND, Va. (WRIC) — Even though polls won’t open until Tuesday morning, more than a million Virginians have already cast their vote in the closely watched statewide elections.

Early voting has surged since the Virginia General Assembly approved changes to the process last year. All registered voters are now eligible to vote absentee through the mail or in-person, not just those with an excuse, and the window for early voting was extended from a week to up to 45 days before Election Day.

More than 1.1 million Virginia voters have cast an early ballot in this year’s contests, nearly six times the early voter turnout in the 2017 statewide elections, according to the nonpartisan Virginia Public Access Project.

While the 2017 election came before the voting changes were enacted and before the coronavirus pandemic altered how people approach public settings, this year’s early turnout suggests a shift in voters’ behavior as more than 1.1 million of Virginia’s 5.9 million registered voters have already cast a ballot.

Where’s my polling location? Am I registered to vote?

Polling places sometimes move between elections, so don’t get caught unawares on election day – the Virginia Department of Elections has a tool that will tell you where to vote, based on the address you’re registered at.

And if you’re not sure whether you’re registered, you can search for your registration status. Just remember to have your social security number ready.

What does the early voting data tell us?

Virginia does not register voters by party, but VPAP’s analysis shows an early voting breakdown by congressional district.

Six of the eight congressional districts reporting 100,000 early voters are held by Democratic representatives, including the 10th Congressional District in northern Virginia that leads the state in early voter turnout with nearly 145,000, according to VPAP.

When will Virginia know who won?

The answer to this question depends on how close the race is once preliminary results start rolling in.

For the last week, localities have been pre-processing the absentee ballots they have received through the mail, drop boxes and early in-person voting. With at least two election officers present, the ballots are checked before being run through the voting machine.

The seven-day period before the Nov. 2 election is meant to give localities and their general registrars enough time to process the absentee ballots they have received before Election Day. These votes have not been tabulated — no ballots are tabulated before polls close at 7 p.m. — but it should expediate the process.

In Virginia, mail-in ballots postmarked by Election Day that arrive by noon the following Friday (Nov. 5) are eligible to be counted. In the 2020 presidential election, nearly 11,000 eligible ballots arrived in that window.

With polls showing Virginia’s three statewide elections neck-and-neck, the margins between the candidates could be too tight to call the race on election night.

Like other past elections, race projections are merely projections and all statewide results are unofficial until they are certified by the State Board of Elections. Local electoral boards certify local results.

There are no automatic recounts in Virginia, but the losing candidate can request one if the margin of victory is 1% or less.

Virginia voters will cast their ballot for governor, lieutenant governor and attorney general in the election. All 100 House of Delegates seats, certain local races and referendums will also be on ballot.